Quintet's final game to be released outside of Japan, but also one of their most overlooked.  But is that a result of its quality, or just an unfortunately-timed release? 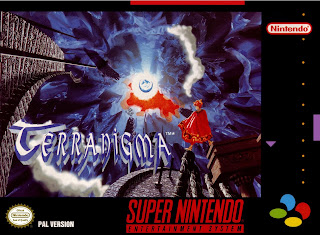 The mid-1990s was something of a golden era for RPGs; computing technology saw many large leaps in that time frame, allowing games to reach amazing new heights in both design quality and aesthetic style.  Japanese RPGs in particular had a huge boom in popularity, with games like Chrono Trigger and Final Fantasy VII taking the genre away from the perception of a slow-paced, grind-heavy experience and into something more akin to an anime series or action film on a cartridge.  Square was not the only one to jump in on this trend, though - Sega's Phantasy Star series also saw a leap to a manga-inspired style of storytelling with Phantasy Star IV, the Lunar games on the Sega CD took things in an almost Disney-esque direction with their high-quality voice acting and animated cutscenes, and behind them both, a mostly overlooked company called Quintet crafted some memorable experiences of their own on the Super Nintendo.

A small company born of alumni from Falcom's Ys series, Quintet made their first leap into prominence with the early SNES title Actraiser, a game that combined elements of platforming, RPGs and city simulations together.  While not the most well-polished experience out there, its unique combination of gameplay styles paired with an amazing orchestral soundtrack (courtesy of legendary composer Yuzo Koshiro) helped push the SNES into the spotlight and also served as the first example of Quintet's distinct storytelling style - battles of good and evil forces in desolated worlds, pulling no punches with their dark themes and tragic characterizations.  A pretty uncommon sight for a system owned by a company that would censor games for so much as using the word "kill".

Quintet would later go on to publish several other highly regarded (though niche) titles, including Robotrek, Illusion of Gaia, Actraiser 2 and of course Terranigma.  Terranigma is perhaps their most overlooked game, though that mainly comes down to the timing of its release; by 1996, Quintet's former publisher Enix had closed their North American branch and overseas distribution rights for Terranigma went to Nintendo themselves, who passed on releasing the game in North America in favor of promoting the Nintendo 64 (a decision which also famously resulted in the cancellation of the long-anticipated Star Fox 2).  As a result, the game's English release was relegated to being a European exclusive, and even there was only printed in very limited quantities, drastically limiting its reach.

A very unfortunate turn of events for Quintet, especially because Terranigma is the company's most refined work by a significant margin.  The relatively simple visual style of their earlier games has been totally overhauled, providing a stylized and beautifully animated aesthetic heavily reminiscent of Square games like Chrono Trigger and Treasure of the Rudras.  The gameplay has been similarly built up, with combat no longer consisting of simple attacking, blocking and dodging; the player can now do spinning attacks, sliding kicks, rapid-fire slashes and running slashes, all of which prove useful in various ways throughout the game.  Also somewhat uncommon for the series are a traditional leveling system (defeating enemies to gain experience points and stat increases) and, more shockingly, a money system - defeated enemies now drop gold that you use to buy new equipment, giving the game a slightly more traditional RPG feel in comparison to its predecessors.

The game also now has a magic system, though the way it operates is somewhat odd; throughout the game, the player connects "Magirocks" that serve as an MP gauge of sorts.  They must also buy magic rings and pins, which are one-use spellcasting items that require a certain amount of Magirocks to "store".  Using a ring/pin casts a particular spell, freeing up Magirocks for later use.  It's an interesting idea, but as most spells tend to be fairly weak (especially in the game's late stages), I didn't end up using them much.  Still, I can't help but wonder if this element was something they didn't have time to fully flesh out before the game's release; given the sheer number of Magirocks hidden throughout the game, both as findable items and prizes for completing sidequests, it seems a bit odd that they'd put so much effort into incorporating something into the game's design only to have most castable spells be underpowered and effectively worthless...

The story of the game follows Quintet's format, following your protagonist Ark as he ventures through a devastated world and restores it to life by defeating the forces of evil.  However, Terranigma adds a new dimension to things by also taking the player on a journey through time, having them restore life to the planet in Earth's distant past, helping species to survive the harsh life of an ice age, and finally helping humanity rise to prominence and build cities across the world.  Each era also highlights evil in a new form, beginning with malevolent life forms seeking dominance over the planet and expanding into something more human - vengeful ghosts, scientists gone evil, and even some friends and allies may turn out to be more than they first seem.

Terranigma's world is also enormously expanded from its predecessors; not only are is the sheer number of areas you can see and explore much higher than Quintet's earlier games, but the amount of freedom you're given to explore them has expanded as well.  Between story missions, the player is largely given free reign to wander the world, which in turn can lead to discovering numerous hidden areas and treasures off the beaten path.  The era of man also lends itself to a very substantial side-quest, allowing the player to rebuild numerous human settlements and bring them into the modern age by solving the problems each settlement faces.  While nowhere near as in-depth as, say, Actraiser, it nevertheless proves to be a very rewarding endeavor; seeing a small town blossom into a sprawling city through your actions is a great deal of fun, and each time it happens, you gain access to more fun sights to see and characters to interact with (including more than a few minigames and character upgrades).  It's also a chance for the game to work in a bit of light humor in between its darker elements, with a chef named "Mac" inventing the hamburger and spawning a worldwide restaurant chain, among other things.

Of course, no mention of a Quintet title can pass without also bringing up its soundtrack, and in Terranigma's case, there is no disappointment to be found.  Their hallmark grandiose orchestral scores shine through once again in Terranigma, lending every location a distinct and memorable atmosphere and perfectly setting the mood of the storyline, especially in its darker moments.  It easily stands among the best soundtracks in the RPG genre, let alone on the SNES, and holds up perfectly well today even despite twenty years of technological advancement.

In a way, Terranigma is both Quintet's greatest success and their biggest flop.  Terranigma's creators wanted their own blockbuster title to rival games like Lunar and Chrono Trigger, and in many ways they succeeded in creating it; the game shines with the company's trademark charms while also expanding far beyond the limits of their previous works to create a grandiose role-playing adventure that stands among the finest in gaming even today.  Due to the circumstances of its release, however, it never had a chance to attain anywhere near the same level of popularity as its competition, and its high production costs ultimately led to the company's downfall.  Quintet did remain in business for several more years, but they never attempted a project of such scale again, instead releasing a few low-key Playstation and Saturn games before being relegated to contributing artwork to Gust's Atelier series, then falling off the map completely.  A sad end for an extremely talented studio, but they left behind one hell of a legacy for their fans. 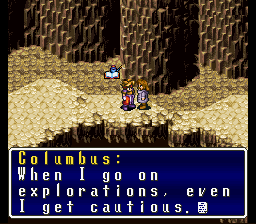 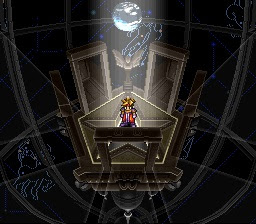