A crossover game between Shin Megami Tensei and Fire Emblem is an idea that has potential on paper (even if I'm not personally a Fire Emblem fan), but does Tokyo Mirage Sessions realize it well, or is this just another uninspired licensed cash-in? 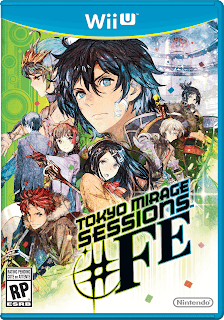 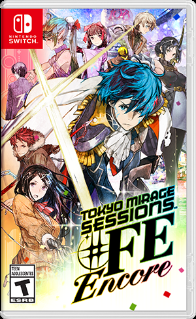 When promotional trailers for the game were first released, I saw a comment along the lines of "[Tokyo Mirage Sessions] may be the first crossover game that contains elements of neither franchise".  That's not an inapt description, either; the game's storyline is centered in Japan, following the exploits of a group of teenagers working for the Fortuna Talent Agency, who find themselves in conflict with evil beings known as "Mirages".  They subsist by extracting an energy called "Performa" from people, making them lose their passion and creativity, and battle them with the aid of friendly Mirages (loosely modeled after Fire Emblem characters).  So while its storyline and overall gameplay resembles that of the Persona games, it ultimately bears little resemblance to either Shin Megami Tensei proper or Fire Emblem; there is little opportunity to customize characters, no breakable weapons and no iconic demon designs to be found.  It ultimately feels like the game was an unrelated project that had elements of two fan-favorite franchises thrown in at the last minute as a ploy to boost sales.

Also as in Persona, the game is largely narrative-driven, though with the occasional break to venture through a dungeon, fight enemies and level up your characters.  Combat is turn-based and, per Shin Megami Tensei tradition, heavily driven by exploiting elemental weaknesses.  But rather than giving the player extra turns as in Nocturne or Persona 3/4, hitting an enemy's weak point allows other characters on their team to follow up with "Sessions", throwing an attack of their own at the targeted enemy immediately after it lands.  So for example, Itsuki can throw a Zio attack, which Touma can follow up with a fire attack, which Tsubasa can follow up with a lance attack.  The longer a particular session goes, the more damage you rack up (provided an attack in the chain doesn't get blocked or reflected, of course) and the more rewards you get; doing longer sessions allows you to attain items for character upgrades or just earn extra cash.  Further upgrades throughout the game also allow characters not in the active party to join in sessions, and occasionally allows characters to perform a stronger "Improv Attack" in place of a generic attack for extra effect.  This system works in the game's favor at first by providing a lot of visual flair and some visceral thrill as you demolish your enemies one-by-one, but it doesn't take long before you realize that it also radically unbalances the game; each battle basically just comes down to whichever side manages to land a Session combo first, with just one generally being enough to devastate any target on the board whether friend or foe.  This tends to make healing items all but useless as the game quickly devolves into a war between two sides dishing out one-turn kills to each other.  The unskippable attack animations also get tiresome after a while, especially when you have 5-6 characters chaining attacks together every five seconds or so, and the very lengthy load times between each fight (a common problem for Wii U games) ultimately make combat something for the player to dread rather than anticipate.

Further compounding the game's tenuous ties to Fire Emblem are the occasional enemy type targeted attacks, such as ones that do extra damage to flying enemies or mounted (horse-riding) enemies.  However all of the ones I encountered in the time I played were classified as "weak" attacks, and I continued to gain these well past the point when my low-tier elemental spells were being upgraded to mid-tier ones.  Furthermore, they didn't seem to sync up well with any of my characters' Session skills, making them seem more like a token inclusion than a well-planned element of the game's strategy.

One of Tokyo Mirage Sessions' most grievous flaws is that the game largely lacks a smooth flow; in theory, the experience consists of each chapter opening with a story scene, then having the player enter a dungeon and fight their way through to a boss at the end.  That's all well and good, but it's drawn out to a staggering degree by a constant need to exit the dungeon, return to the Bloom Palace and use items collected from enemies to unlock new skills and weapons.  Simply pressing on ahead isn't an option either, as weapons are also the key to unlocking new spells and attacks, and by skipping out on those, you're simply making life harder for yourself later - you gain new skills by using spells in battle with a weapon equipped, and if you're not fighting enemies close to your current level of strength, you get virtually no experience for the effort (or just get curbstomped by their Sessions).  That, paired with an arbitrary mechanic in the form of characters' "Performance Levels" that exists alongside their experience meter, causes new sidequests (and thereby new skills for that character) to unlock as you play through the normal course of the game.  Both of these things ensure that the player never gets to stay in one mindset for very long; as soon as you feel up for some dungeoning, you'll get maybe a dozen battles in before you max out one of your weapons, then have to retreat back to the palace to unlock and equip a new one so you don't waste points.  Then you get a few more battles in and another characters' weapon gets maxed, or they gain a Performance Level and have a new sidequest for you to complete, and so on.  Atlus attempted to offset this with downloadable content that adds new dungeons which grant large amounts of experience or rare items in order to cut down on the constant back-and-forth, but honestly, making it paid DLC just feels like a very lazy way to fix fundamentally flawed game design and make a few bucks doing it; certainly not anything I'm going to throw my money at!

In addition to the character-based sidequests, random citizens around the city also have "Requests" that generally require the player to enter a previous dungeon in search of specific enemies to kill or placed items to find.  However, these generally prove to just be a waste of time; as enemies never cease to chase you down and attack even when vastly outleveled by your party, you end up having to sit through dozens more tedious battles that give paltry amounts of experience, and when you do actually find the items/slay the enemies and return to the quest giver, the reward is generally a low-tier item you've likely found or bought at least a dozen of by that point.  Doing just a few of these gave me flashbacks to Fallout 4's boring radiant quests, and trust me, that is no good thing!

On the plus side, Tokyo Mirage Sessions definitely gets points for its presentation.  The game features colorful environments full of neon lighting, detailed character costumes, fluidly-animated and expressive character models (Tsubasa having some quite hilarious facial animations in particular) and even has some surprisingly good lip syncing, which fits in perfectly with its pervading theme of stage performances.  The dungeon designs are equally creative, showing the flair and excess of stage life while also providing for some clever layouts that allow for multiple pathways, enemy traps and even the occasional timed objective, which is a step up from Persona's mundane, randomly-generated corridors.

This emphasis on flair also leads into another major disadvantage for the game, however.  For a game themed around music and stage performances, the soundtrack is largely low-key and forgettable, which saps a lot of the energy that should accompany the combat and dungeons.  The lack of an English voice track is also disappointing, making it difficult for non-Japanese speakers to get invested in the on-screen performances when they constantly have to look away from the gorgeous animations to read the subtitles for the songs.  Once again, Atlus tried to hand-wave away this flaw by saying that adding an English voice track would subtract from the deeply Japanese themes of the game, but I call bullshit on that; having English performers certainly didn't hamper my experience with any of the numerous Shin Megami Tensei games set in and around Japan, so why did they cop out here?  It's just one of many things about Atlus' recent excursions which makes me worry that the company is slowly going the way of Square Enix or From Software by churning out quick and dirty cash-in games, excusing legitimate criticism of their shortcomings as "artistic choice" and relying on the particularly unpleasant apologists in their fan base to bully their critics into silence...

At the end of the day, Tokyo Mirage Sessions is neither a terrible game nor an outstanding one; it's certainly playable in spite of its problems, and it provides a passable, if not especially inspired, stopgap while we wait for the long-postponed Persona 5.  But it's not a standout example of a Shin Megami Tensei title and barely incorporates any elements of the franchise it's allegedly crossing over with, so its appeal to both camps is rather limited.  It's definitely one of the Wii U's better RPGs (and many gaming sites are quick to refer to it as such), but that's some desperate praise indeed for a subpar console with a generally lackluster library. 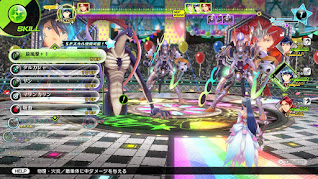 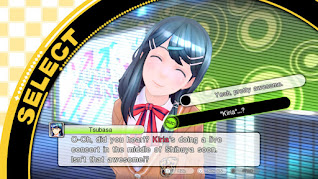 Platform: Wii U, Switch
Developer: Atlus
Publisher: Nintendo
Released: 2016, 2020
Recommended Version: The Switch version is definitely the one to play now, as it features much quicker load times than the underpowered Wii U platform, offers the option to speed up Session animations (a very big plus) and includes some extra (mostly cosmetic) content, as well as including all of the DLC from the Wii U version for free.