Prey is another project of Arkane Studios, a studio whose games have always found considerable fan followings and been relatively ambitious in terms of design, though not always successful financially.  Prey struggled to sell big numbers when it launched, but was that due to it not matching up to their previous works, or simply due to the trappings of the genre it inhabits? 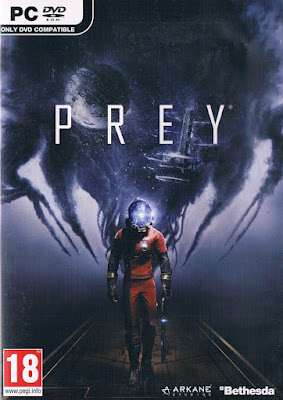 Immersive sims are a heavily lauded genre among fans; beginning with Ultima Underworld in the early '90s, they saw considerable acclaim for what they tried to accomplish, putting the player in a surprisingly realistic environment and having to be scrappy and resourceful to make it through, making the most of whatever you could find and using unorthodox thinking to overcome seemingly insurmountable obstacles.  But while Ultima Underworld was a highly influential and popular game, future games that followed in its footsteps would be plagued by a lack of consistency when it came to financial success.  Deus Ex and Half-Life were quite strong sellers, but games like Thief and System Shock 2 didn't fare nearly as well despite being well-received by critics, with the latter two even leading to Looking Glass Studios closing its doors amidst mounting financial problems.  Even some of Arkane's earliest games fell prey to this - Arx Fatalis was a well-received game that amassed a considerable following, but you'd never know that from its sales figures.  Still, that hasn't stopped them from keeping the dream alive with later efforts like Dishonored, Deathloop and 2017's Prey, which was expressly said to be an homage to the format and design of the System Shock games.

Before we talk about the game in-depth, though, I should address the controversy surrounding its name.  In 2006 Human Head Studios released a first-person shooter game called "Prey" based around an alien entity attacking the earth, being fought against by a Native American protagonist with some spiritual abilities that aided him.  While pretty well-received in its time, mounting financial problems with its publisher (3D Realms) led them to sell the IP to Bethesda, which in turn led a planned sequel to be canceled.  Arkane (now under the Bethesda banner as well) ended up using the name for their game instead, despite it having no connection to that game's story and only really using the same general concept of the protagonist facing hostile aliens.  In short, while it uses the same name as the 2006 Prey, it has no real connection to it (and actively discards all concepts and ideas for Human Head's planned Prey 2), which a lot of fans were none too happy about.

If you can look past that, though, you'll find a creative and surprisingly well-done take on the immersive sim genre.  The game takes place in a divergent timeline where John F. Kennedy was never assassinated and the space race accelerated to a fevered pace, leading to fully-fledged space stations packed with advanced technology in a surprisingly short period of time.  Among these are a new technology called "Neuromods", derived from the DNA of a hostile alien species called the "Typhon", that allow people to install new memories and skills in their minds.  This serves as both a major plot device and the game's primary upgrade system, which operates very similarly to the Cyber Modules in System Shock 2.  The developers also went all-out on fleshing out the cast of characters you encounter; even ones who are already dead by the time the game begins are made more real through audio logs, e-mails and other notes, which really helps to immerse you in the setting.

True to its inspiration, Prey puts you in the midst of a very dangerous and hostile place, and you often have to get pretty creative to reach your current goals.  Your choice of neuromods plays into this beautifully - you can purchase hacking to hack keypads/computers and get into areas you don't have the proper passcodes for, as well as reprogram hostile turrets and even enemy robots to fight for you instead.  If you prefer a more direct approach, you can purchase Gunsmith and upgrade your weapons with kits, getting more range, damage, et cetera with each shot.  Repair lets you fix broken panels, turrets and vending machines, and even the lowly-sounding Leverage skill is surprisingly handy, letting you pick up heavy objects, which you can then move out of the way to clear blocked paths, set up defensive barriers, create makeshift staircases or just fling at enemies to conserve ammunition.  At max level it even lets you pry open unpowered doors, letting you bypass some power-routing puzzles.  Even a seemingly useless weapon you find early on - a toy crossbow that fires foam darts - encourages some thinking outside the box.  Obviously it's useless in a fight, but it can activate touch-screens on computers, press buttons at a distance, trigger traps, knock things down from high ledges or even be used to get a foe's attention so you can lure them away (or into a trap) without giving away your position.  As in many immersive sims, making the most of every tool at your disposal is key to survival.

As is common for these sorts of games, resources also tend to be pretty scarce, so you of course will want to conserve them whenever possible.  The game itself has a pretty sly way of facilitating this with its Recyclers - basically, you feed junk items (or unused weapons, ammo, etc) into them and recycle them into basic Materials, which you can then feed into a Fabricator to craft into whatever you need - health kits, ammo boxes, medicine, or even more Neuromods.  You can only create a few basic things at first, but as the game progresses (and you do a fair bit of scavenging), you'll find blueprints which unlock more things to fabricate.  Of course, even mid-combat there are things you can do to save precious health kits and items - each enemy type has weaknesses to exploit.  Immobilizing them with the "Gloo gun" before hitting them with another weapon will inflict extra damage, while mechanical enemies are vulnerable to EMP-based attacks.  Being able to weaponize nearby turrets and physics objects against them is another option, but in other cases (like being low on ammo/health/spare parts), it's more prudent to sneak past them and avoid combat entirely.

Combat is best approached sparingly in general, honestly; enemies are often much more durable than you, and coming into a fight with a new type unprepared will get you killed in pretty short order more often than not as their capabilities and weaknesses vary wildly.  In order to even up the odds, you eventually get ahold of another useful gadget in the Psychoscope.  This works similarly to the Research function in System Shock 2, letting you analyze an enemy's weak points to prepare for strategies against them.  Unlike System Shock, this also serves as your means to unlock Psionic powers - scanning enemies will grant you new abilities that you can then unlock with Neuromods.  These grant you even more ways to deal with various hazards; from generating traps that detonate and burn approaching enemies to controlling machines to restoring health to even copying enemies' ability to shapeshift, letting you hide in plain sight.  One downside is that you're basically integrating the enemy's DNA into your own, so the station's defenses will identify you as hostile if you install more than one.  It's certainly possible to get by with none, but it's a risk you'll have to weigh if you want access to some of the more powerful abilities.

So, while Prey may have gotten the short end of the stick in terms of sales, I found myself quite impressed with its quality as an immersive sim.  True to its inspirations, one must carefully consider what type of strategy they want to employ in building their characters and handling various obstacles they come across.  Every goal you encounter has numerous ways to complete it, and especially resourceful players can even get into some areas well ahead of when they're expected to, getting ahold of better weapons, gear and Fabricator plans to ready themselves for future challenges.  Its setting is a creative and well-fleshed-out one, and it even utilizes some impressive engine technology with virtualized 3D spaces inside of the "looking glass" screens you frequently interact with (which can reveal even more secrets if you pay close attention).  It even has a few elements I haven't seen in any other game of this type, like the Recycler Grenades (a weaponized version of the crafting machines you find throughout the station - also quite handy for dealing with stubborn foes) and being able to track the whereabouts of any NPC in the game via security stations; most are already dead, but even in the process of tracking them down you'll often find new routes through the station or at least a few resources on their bodies.  Simply put, I haven't had this much of a sense of freedom and immersion since the genre's golden era with Ultima, System Shock, Thief, Deus Ex and Half-Life.  I don't think it's quite as finely-polished and brilliantly executed as any of those those games, but nonetheless, Prey is a standout example of the genre that I'd highly recommend playing. 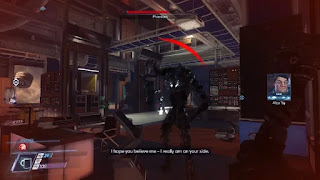 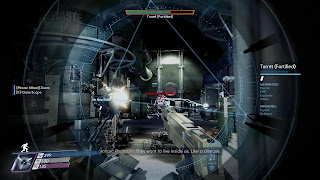 Developer: Arkane Studios
Publisher: Bethesda Softworks
Platform: PC, Playstation 4, XBox One
Released: 2017
Recommended Version:  I have only played the PC version, but they all seem to be pretty comparable to one another.  Arkane's PC ports are somewhat notorious for having performance issues and general bugginess, but that has been largely averted this time as the game utilizes a well-established engine (Cryengine 4).