Warband is definitely the most popular iteration of the original Mount & Blade, refining the ideas in the original game substantially and even tuning up its dated visuals and animations (though they still looked well behind the curve by 2010 standards).  The game also adds multiplayer support, campaigns based on Napoleon's wars and Viking raids across europe in the middle ages as DLC, and several fan-made addons, expansions and mods available on Steam Workshop and elsewhere to add tons more content.  The base experience also adds a new faction to the ongoing war, and you can also capture a castle or town and start your own if you're confident enough in your abilities.  It was the first in the series to be ported to console and mobile platforms as well.  Warband may not be not the most highly acclaimed of indie games from this time period, but fans of sandbox RPGs and war sims with a PvP component had quite a lot to like in it. 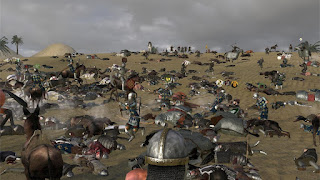