The Monster World games were pretty much Sega's answer to the Zelda franchise for a time, blending some light RPG elements in with platforming action and open world exploration.  Aggelos is a game heavily inspired by the series, having some pretty spot-on colorful visuals and music inspired by 8-bit games but smooth, polished gameplay that lives up to modern standards.  It's not a particularly long game - one can easily 100% it in about six to eight hours - but as I've said too many times to count, a short, good game is always better than one packed to the brim with shallow filler.  So, if you're a fan of the Wonder Boy games and you've already finished Monster Boy, this one should be another worthy outing. 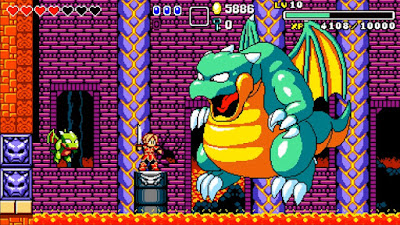